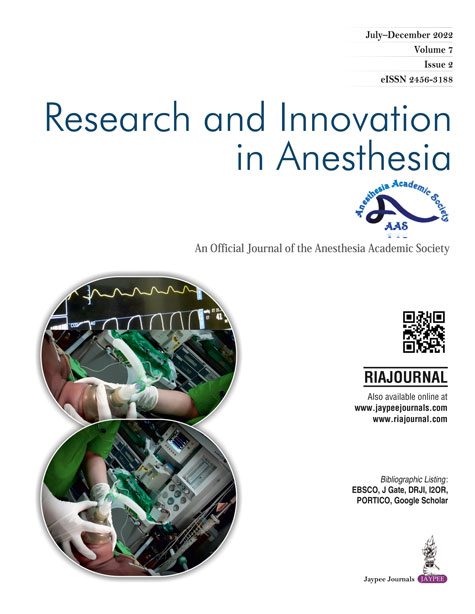 Aims and objectives: Dexmedetomidine a potent and highly selective α-2 adrenoceptor agonist with sympatholytic, sedative, amnestic and analgesic properties is ideal for monitored anesthesia care (MAC). When used with Ketamine, the bradycardia and hypotension associated with dexmedetomidine may be prevented. Whereas dexmedetomidine may prevent tachycardia, hypertension, salivation, and emergence phenomena of ketamine. There are few references in literature about this drug combination. Hence we studied and compared the effect of intravenous dexmedetomidine infusion with low-dose ketamine infusion on sedation and hemodynamics in ear surgeries under MAC. Materials and methods: ASA 1 and 2 patients scheduled for elective ear surgeries were randomized in groups A and B. Patients in both groups were administered IV dexmedetomidine 0.5 μg/kg as a bolus over 10 minutes followed by the 0.5 μg/kg/hr as maintenance infusion in group A, whereas low-dose IV Ketamine 0.2 mg/kg/hr was added in group B in addition to dexmedetomidine infusion. Local block using 2% lignocaine with adrenaline was performed by the ENT surgeon. Sedation (MOAA/S) hemodynamics, respiratory rate and oxygen saturation were recorded. Patient satisfaction was assessed using Likert scale. Mann-Whitney test was used to compare sedation between the two groups. Hemodynamic variables were analyzed by Student's t-test. The Association of parameters among study group was assessed with the help of Chi-square test. Qualitative data was presented with the help of Frequency and Percentage table. Results: There was a statistically significant difference (p < 0.05) in sedation score between the groups (group A–3, group B–2) from 5 minutes interval onwards. There was significant difference in hemodynamics between the two groups from 5 minutes interval onwards with the values being higher in group B. Patient satisfaction score was better in group B compared to group A. Group A, i.e., only exmedetomidine needed more interventions to maintain sedation and to correct hypotension. Conclusion: Dexmedetomidine with low-dose ketamine infusion provides early onset and adequate sedation, better hemodynamic profile, and patient satisfaction than dexmedetomidine alone for ENT surgeries under MAC. Clinical significance: ‘Synergistic’ combination of dexmedetomidine with low-dose ketamine provides early and better sedation while maintaining hemodynamics as compared to dexmedetomidine infusion alone for ENT surgeries under MAC.