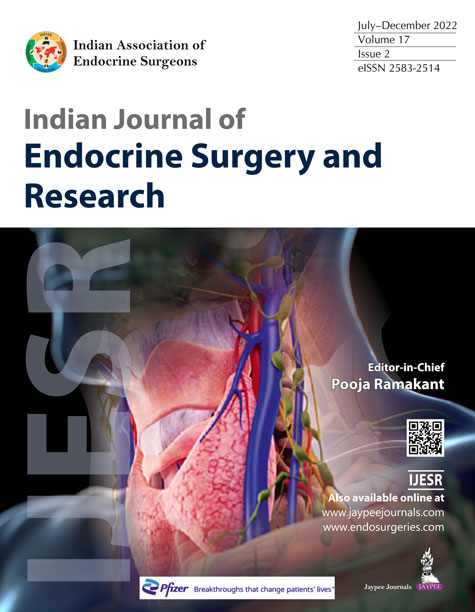 Background: Follicular thyroid carcinoma (FTC) is the second most common thyroid malignancy after papillary thyroid Ca, but compared to papillary Ca, it has a greater tendency to metastasize to the lung (mc) and then the bones. The incidence of skull metastasis in FTC ranges from 2.5 to 5.8%, and in most reported cases, metastasis occurred after the diagnosis and treatment of primary tumor; but in few cases, skull metastasis becomes the presenting feature of an occult FTC. Herein, we report a patient with an occult FTC presenting with multiple pulsatile scalp metastases. Case: A 50-year-aged lady presented to surgical OPD with multiple scalp swellings for 1 year post trivial trauma. There were no other swellings in neck or other parts of the body or any complaints s/o of hypo- or hyperthyroidism. On examination, there were three pulsatile, nonmobile, irregular, firm-to-hard swellings on scalp; thyroid and neck examination were normal, and no lymph nodes were palpable. Contrast-enhanced computed tomography head and X-ray skull showed multiple focal lytic lesions involving outer and inner tables of the skull. Ultrasonography neck showed no thyroid nodules and no lymph nodes. Fine-needle aspiration cytology of scalp showed repetitive microfollicles and clusters of follicular cells s/o follicular thyroid Ca with scalp metastasis. Patient operated by palliative total thyroidectomy and referred for radioiodine ablation. Conclusion: Skull metastasis is a rare site for metastasis of FTC. In most reported cases, skull metastases of FTC were located in the skull base or occipital area. In our case, it was seen in occipital, parietal, and frontal bone. So thyroid examination and early detection and evaluation of thyroid nodules may help to diagnose thyroid carcinoma before distant metastasis occurs.