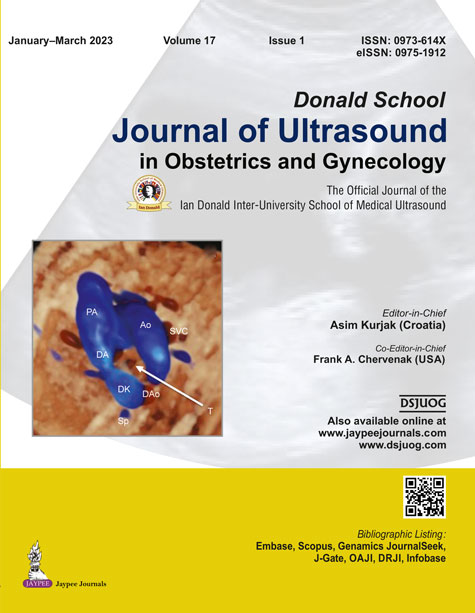 Introduction: Preeclampsia is the cause of increased morbidity in mothers, and mortality and morbidity of both mothers and fetuses and newborns. The pathological process is already complete when the symptoms occur, and nothing concrete can be done to stop the process. Early identification of women at risk of developing preeclampsia is a key goal of antenatal care. Alongside chemical tests, Doppler sonography of the uterine arteries plays a major role in the prediction of preeclampsia. Aims: To establish the probability of resistance to blood flow in the uterine arteries and the existence of notching in the control and test groups. Materials and methods: The study comprised 60 subjects in the second trimester of pregnancy who were going for check-ups during their pregnancy or had been hospitalized at the Maternity Clinic of Sarajevo UCC. All the subjects were divided into two groups, a control and a test group, in relation to the presence of pathological blood flow in the uterine arteries. As well as ultrasound results, the patients also provided an exhaustive history about their previous pregnancies, if any, and any relevant laboratory results. Results: A statistically significant difference was found in the average values of systolic and diastolic pressure during pregnancy between the control and the test group (p = 0.001). From an analysis of the resistance to blood flow in the uterine arteries in the control and test groups, we concluded that the flow on the side with the placenta and on the side without the placenta were physiological over five measurements in the control group of subjects. In the test group the largest number of cases of pathological flow were recorded, and there was also notching. Of the 21 subjects with a diagnosis of preeclampsia, there was notching in 10. Conclusion: Doppler sonography in the second trimester of pregnancy is a good prognostic marker for early discovery of preeclampsia.