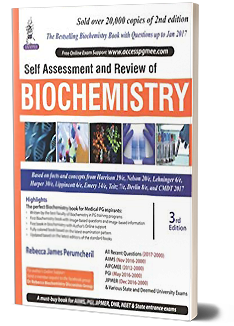 BOOK TITLE: Self Assessment and Review of Biochemistry

The objective of this chapter is to cover a brief discussion on translation. Translation is defined as a process by which message in the genetic code in the mRNA is translated into sequence of amino acids in the proteins. A codon is the triplet nucleotide sequence present in the mRNA representing specific amino acid. The whole set of codons representing all the amino acids is called genetic code. Salient features of genetic code are triplet codon, degenerate (redundant), non overlapping, unambiguous, universal, initiator codon, and terminator codons. Steps of protein synthesis are charging of tRNA, initiation, elongation, and termination which are briefly explained in this chapter. At the end of the chapter, multiple choice questions are also given along with their explanatory answers.