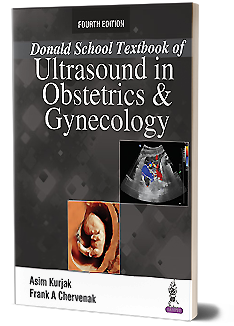 by Asim Kurjak, Frank A Chervenak

The aim of this textbook is to focus on the ultrasound in obstetrics and gynecology. Ultrasound is the backbone of modern obstetrics and gynecology practice. Younger physicians may find it hard to imagine the clinical realities of doctors who delivered undiagnosed twins presenting at delivery, who performed unnecessary surgeries for the clinical suspicion of a pelvic mass that was not present, and who consoled anguished parents when an anomalous infant was born unexpectedly. Recent technological breakthroughs in diagnostic ultrasound, including the advent of color Doppler, power Doppler, three-dimensional and four-dimensional imaging, have led ultrasound to surpass the expectations of Ian Donald. This book comprises of three sections such as general aspects, obstetrics, and gynecology which consists of 62 chapters that include safety of ultrasound in obstetrics and gynecology, development of three-dimensional ultrasound, artifacts, pitfalls and normal variants, fetal and maternal physiology and ultrasound diagnosis, normal and abnormal early pregnancy, trophoblastic diseases, Doppler ultrasound, fetal central nervous system, corpus callosum and three-dimensional ultrasound, the fetal thorax, diagnostic sonography of fetal urinary tract anomalies, measurement of cervical length, chorionic villus sampling, amniocentesis and fetal blood sampling, ultrasound-guided fetal intervention, fetoscopic interventions etc. This comprehensive textbook with state-of-the-art images will be of value for both new learners and experienced practitioners.

Chapters of the selected section will be displayed in the chapter section below.