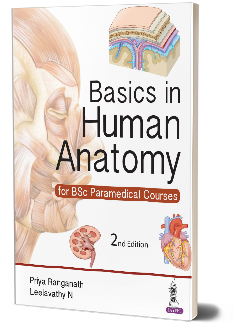 The objective of this chapter is to introduce the reproductive system. Human reproductive system is the organ system by which humans reproduce and bear live offspring. Male genital system is made up of testes, vas deferens, seminal vesicles and ejaculatory ducts. Accessory sex organs are prostate and bulbourethral glands. Male external genitalia are made up of scrotum and penis. Female reproductive system is made up of a pair of ovaries, a pair of uterine tubes, uterus, vagina and external genitalia (labia majora, labia minora, clitoris and vestibule). Testes are a pair of ellipsoid bodies suspended by spermatic cord into the scrotum. Each testis lies obliquely such that the upper pole is tilted forwards and laterally. The ovaries are female gonads situated in the ovarian fossa on the lateral pelvic wall. In young girls before the onset of ovulation the ovaries have a smooth surface and are pinkish in color. After the onset of puberty, the surface becomes uneven and the color changes from pink to gray. The position of the ovary is variable. In a woman who has not borne any children, they are vertical in position such that they have an upper pole and a lower pole. In this chapter, long essay type and short essay type questions are also provided.