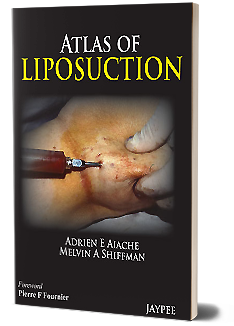 Chapter-19 Combined Brachioplasty and Liposuction of the Arms

Treatment of the deformity of arm lipodystrophy has consisted of large excisions of posterior skin with the resulting scar placed in a non-conspicuous area such as the medial part of the arm which is hidden when the arm is against the chest. In spite of the effort to minimize the visibility of the scar, few people accept such extensive problems. The treatment in cases of extreme obesity is liposuction. Ideal patients for the combination of techniques are patients who have skin flabbiness, poor skin tone, and who are older. In these cases, it is uncommon to see any spontaneous shrinking of the skin and the only treatment available is the brachioplasty, however, even brachioplasty can be helped by liposuction in the areas that have not been excised, thus allowing a thinner arm and better scar with less stretching.